To see what remains of the Gullah culture on Daufuskie Island, join us on our Native Gullah Tour!  Book a tour with Tour Daufuskie to guarantee you will tour with one of our native to Daufuskie guides.

Daufuskie Island is known for its rich Gullah history.  When Union troops occupied Daufuskie Island at the end of the Civil War, the plantation owners were driven off the island, freeing the slaves.  These folks, now referred to as “Gullah”, stayed on the island and continued to farm, fish, and harvest oysters.  In 1959 the Savannah River became severely polluted due to a paper mill company in Savannah.  This event wiped out the oyster population.  The Gullah people lost their livelihood and most were forced to leave the island, resulting in signs of abandonment throughout the island. 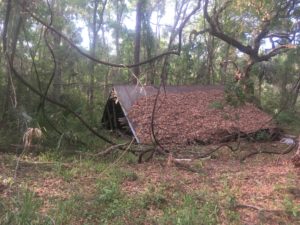 From the period of 1959-1980, the Gullah population on the island fell from 2,000 to just 50.  Community gathering places like the First Union African Baptist Church closed down due to lack of people on the island.  Fortunately, many of these historic buildings have been restored by the Daufuskie Island Historical Foundation.

The Daufuskie Island Gullah Tour is currently offered Saturdays at 10am and 2pm.  The cost is $55 for just the on-island tour, and from $89 with round-trip boat service.  For reservations call Tour Daufuskie at 843-842-9449 — please book your tour at least 48 hours in advance to ensure availability. 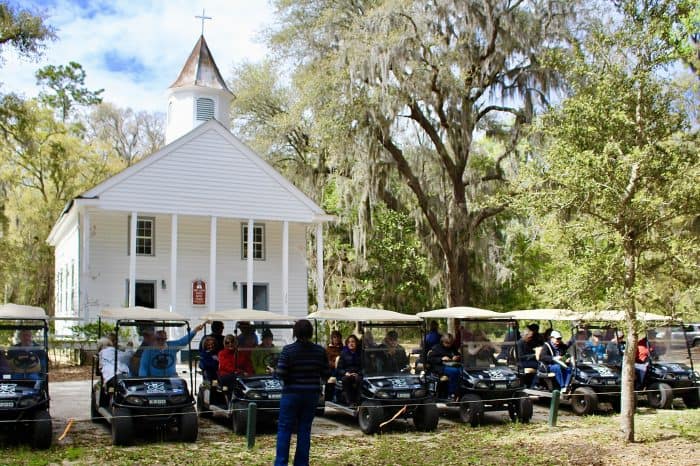