Oysters: to farm or not to farm?

Harvesting oysters was a culturally and economically significant activity on Daufuskie Island.  From the late-1800s to mid-1900s, oysters were heavily gathered in the waterways surrounding Daufuskie, and the Gullah people made a good living off of this practice.  Although a pollution incident depleted the oyster populations in 1959, harvesting oysters continues today – both wild and farmed populations.  With so much consumer confusion regarding farmed seafood, it can be difficult to discern what is sustainable and what is not.  Tour Daufuskie’s Naturalist is here to help! 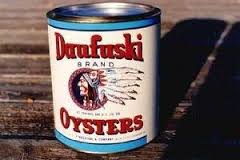 While “farmed seafood” is the cheaper and more available option in the US food industry, it has a strong negative connotation tied to the practice.  Health experts warn that farmed fish are full of antibiotics, disease, and parasites due to their overcrowded environment.  While this generalization holds true for the majority of farmed salmon, talapia, cod, etc, there is one group of farmed seafood that may be the exception – oysters.

First off, how does this oyster farming process work?  Sterile larvae (which cannot create offspring) are created by mating a 4-chromosome male to a 2-chromosome female. This is similar to the science used to create seedless fruits.  These larvae are introduced to ground-up oyster shells, which they then attach to (called “spatting”).  The spatted larvae are contained in fine mesh bags, and are later upgraded to crab-pot type containers where they grow to full size. 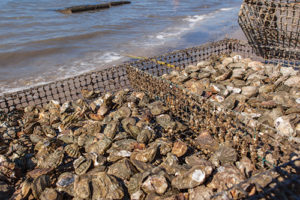 All in all, consuming farmed oysters is something that you can feel good about on an environmental level.  The only “unnatural” aspect of the process is the creation of the sterile larva, which does not change the nutritional value of the food.  The farmed oysters don’t disrupt the well-being of the wild oysters.  In fact, propagation of these species through farming can help wild populations be more resilient!  So eat away, oyster lovers!

Oysters: to farm or not to farm?